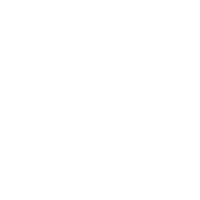 The University of Brasilia Press was created in 1962, as a complementary organ in theorganizational structure of the University of Brasilia (UnB), and is one of the oldest university presses in Brazil. It has a double role as a private and public institution: on the one hand, it acts as a company because it is responsible for manufacturing and marketing books and, on the other hand, it also acts as a public agency linked to the university, with the mission of disseminating culture, scientific knowledge, research, and extension. From this perspective, the main editorial lines are: a) Works focused on the large areas of knowledge, selected by public calls. b) Works aimed at the large areas of knowledge, especially technical and health related areas, in partnership with the Departments of UnB, Postgraduate Programs and other public orprivate institutions. c) Translation of classical and contemporary works. d) Works in the fields of Philosophy, International Relations, Law, Social Sciences, Literature, History, fields in which UnB Press holds a long tradition. e) Works focused on large areas of knowledge, received on a continuous flow basis and selected by our Board of professors. In its 56 years of existence, the University of Brasilia Press has stood out in the national scene for the promotion and edition of works of cultural, artistic, and scientific relevance, mainly by means of co-editions and partnerships with other publishing houses and institutions. Our catalog is available at www.editora.unb.br/lojavirtual.