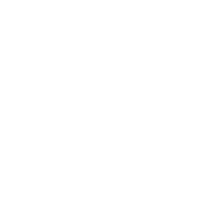 Editora Unisinos is a supplementary organ of the University of Vale do Rio dos Sinos (Unisinos) and was established as a university press in January 1993. Its main goal is to publish academic works by national or foreign authors. It is headquartered at the Unisinos campus in the city of São Leopoldo, in the southernmost Brazilian State Rio Grande do Sul. The titles chosen for publication are submitted to the evaluation of its Editorial Board and approved by it. The emphasis of its editorial line relies on works in the fields of Philosophy, Philosophy of Law, Philosophy of Science and Communication. Since its foundation, it has published more than 700 titles, and its present active catalog counts about 200 titles (www.edunisinos.com.br). It has acquired the international translation and publishing rights of works of more than a dozen famous international publishing houses, such as Herder, PUF, Oxford University Press, Eulama, Carocci Editore, Mulino Spa, Princeton, Flammarion, The Mit Press and Laurence King.