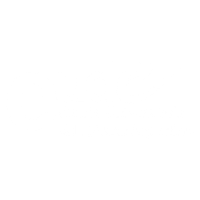 The University of the Argentine Army Press (EUDE) was born with the purpose of showing the intellectual production of the academic units of the Army to the national and international levels. The editorial lines cover different topics, from general and military history, through geopolitics, technological developments and research, to the thinking of our most outspoken leaders. The deep content of the works developed have managed to awaken the interest of the general public. Punctually, "History" develops themes related to the evolution of war thinking from the first commanders, such as Xenophon, to the new wars of the 21st century, through the events that forged our independence, our national and territorial organization. The editorial line "Geopolitics" provides an analysis on the conflicts of interests that faced (and face) countries and nations across the globe. In the line "Technological developments" are framed essays that cover the evolution of weapons and materials that make the art of war. The line "Military thinkers" rescues milestones and people who revolutionized military leadership over time, marking, even today, the basic principles of it. Within "Próceres en palabras" the wording of our main men-at-arms is published, who in different situations said and wrote ideas that marked our history, making of them a true code of teachings that transcends until today, remaining as an example for the future . In "Investigations" are included all those academic works that serve to break down and think different perspectives of the art of war. With the development of its titles, EUDE has developed a collection of "Láminas para la Historia," where the armed events are described, from the English invasions to the combats of the commandos in the Malvinas War. Through this time, far from being satisfied with the achievements, the EUDE sought greater challenges. In that sense, he adapted to new technologies and edited some of his titles in digital format and as an e-book. Another novel way is the line of audiobooks where the main thoughts of the words of the heroes are heard, as a contribution for those who prefer or need to listen rather than read. On the other hand, the EUDE also carries out different conferences and seminars on topics related to its publications aimed at different audiences, from primary school students to advanced professionals. More information at: www.iese.edu.ar/EUDE/