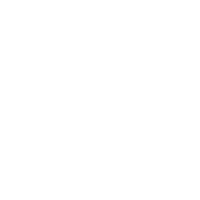 From 1959 to April 1993, the Universidade Federal da Bahia already used to make many publications through its Cultural Department, and afterwards, through its Editorial and Didactic Center. But it was only in April 1993 that the University’s Publishing Company, known as Editora da Universidade Federal da Bahia (EDUFBA), was brought into scene. From then on, the Publishing Company started to work with the current structure, aiming at solidifying editorial politics in which the quality of its publications is always privileged. EDUFBA, in its role as a catalyst of knowledge produced by UFBA researchers, already counts more than 1800 books published in many different fields and it has three bookstores on its own which sell its own production and that of another 60 University Publishing Companies from all over the country. In this sense, it works as a communication channel within the institution itself and with society. There is reciprocity of influences in this process that results not only in the enrichment of the involved parties, but also in the establishment of new academic politics. EDUFBA has a catalog rich in works in the areas of education, communication, history, philosophy, culture, afro themes, among others. UFBA’s Publishing Company is part of the Brazilian Association of University Publishing Companies (Abeu) and the Asociacion de Editoriales Universitarias de America Latina y el Caribe (Eulac).