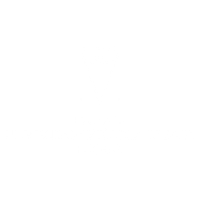 EUCASA is the Catholic University of Salta Press, in Argentina. It was created in 1999. As a university press, it is a special department with an institutional organization chart which depends on the Research and Development Vice-rectorate and whose mission is to contribute to the university’s main aim of generating knowledge through the encouragement of research and also of reporting the results by means of publications that constitute its catalogue, where the nature of the university’s performance is necessarily reflected. Its main goal is to carry out a policy of publications which follows a systematic and continuous plan, developed with the simplicity that the performance of the academic activities demand. In the fulfillment of this goal, we must pay attention to two problems that focus, on one hand, on the production of titles, in which it is necessary to take into account the criteria of quality, originality, reliability, addressees as well as the marketing of the product, according to the addressees’ profile—students, teachers, researchers, public in general, either local, regional, national or international. The difficulty and peculiarity of the press as par of a university lies in the fact that as such, it produces symbolic cultural goods which are, at the same time, products that are offered in the market and both matters must be taken into account at the moment of deciding to publish a book. More information at www.ucasal.edu.ar/eucasa