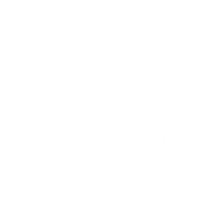 Due to the importance that research has in the development of society, in 2006, with a multidisciplinary and integral vision, an editorial program was developed and implemented to disseminate and spread in an effective and pertinent manner the works carried out by university members, anchored in the lines of generation and application of knowledge (LGAC) of the Academic Bodies or individually, carried out by professors-researchers attached to the schools, faculties, centers, and institutes. Also, to promote scientific, technological and humanistic research so that researchers could advance towards the recognition of the state and national research systems (SEI and SIN) and in the consolidation of their Academic Bodies. For this purpose, the editorial program "Collection of University Texts for the Strengthening of Academic Bodies" was created; coordinated by the Scientific Dissemination Unit of the General Directorate of Scientific Research. This program selects, evaluates, and approves the university texts supported by the Network of the National System of Researchers and academics of recognized prestige with the mechanism "Double blind" which allows to take care of the quality and relevance of the publications, establishing a policy of arbitration by academic pairs external to the institution. In 2014, the digital modality was introduced, along with information and communication technologies (ICT), editing titles, and optimizing the financial resources invested in production, without undermining the quality of the edition and the benefit of dissemination of technological and humanistic scientific knowledge. In 2015 the Autonomous University of Chiapas is integrated for the first time into the ALTEXTO National Network, which houses more than 50 university publishers, being selected with 4 university degrees from the editorial catalog of the General Directorate of Research and Postgraduate Studies, at the Ibero-American University Book Fair (SILU) in Medellín, Colombia. In 2017, the Autonomous University of Chiapas became part of the Association of University Publishers of Latin America and the Caribbean (EULAC), through the General Direction of Research and Postgraduate Studies. Participating with university degrees in the integration of the first 2018 catalog of Rights Sale, which will serve as a tool to promote the internationalization of our publications through their translation into other languages and the consolidation of co-publications.