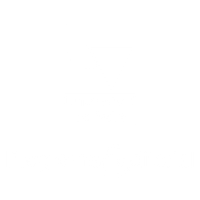 The publishing activity at the Universidad del Valle has been present throughout its history, although in the first decades it was carried out independently by each school. Since then, publications, both in books and specialized journals, have supported teaching, and accompanied the professional practice, providing basic and updated bibliography, guaranteeing access to knowledge beyond the classroom, putting new ideas and knowledge into circulation, and expanding and consolidating the cultural horizon of society. In the 1950s and 1960s the university took on a first central editorial project: the Library of the University of Valle, which had as one of its goals the publication of unpublished works by the professors of the university and "the reissue of ancient regional books of enduring historical and artistic validity," with critically annotated editions of these texts. Thanks to this work, not only new works are published, but also works such as El Alferez Real by Eustaquio Palacios, the novel María and Las Poesías by Jorge Isaacs, and the literary studies of Rafael Maya are recovered, a labor that will allow the acknowledgement and dissemination of major works of Colombian history and culture. The current Publishing program of the Universidad del Valle was created on January 12, 1996 (Resolution of the Rectorship No. 250), with the aim of having a broad-spectrum university press. In this first stage (1996–2002), the publishing program issued more than 120 books. In the spirit of continuous improvement, it was redefined by the Resolution of the Rectorship No. 1512 and by the Agreement 005 of April 29, 2002 and Agreement 006 of October 5, 2004 of the Superior Council. Currently, the publishing program combines paper publication with modern technological support for the development of digital information systems. It also supports the scientific journals of the University, where production is gathered in all fields of knowledge (science, art, culture). Additionally, it distributes Entre Libros, a catalogue of new publications free of charge.